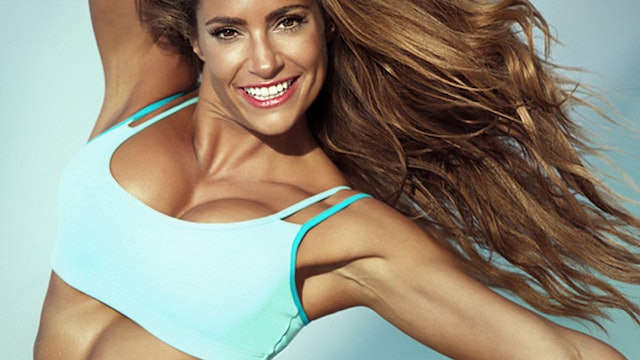 "It's my goal and passion to increase the quality of your lifestyle." -JNL
Jennifer Nicole Lee is a highly sought-after spokes model, fitness celebrity, bestselling author, and successful entrepreneur. Being one of the world's most accomplished Super Fitness Models, Ms. Lee is internationally recognized in over 140 different countries.
CBS News named Ms. Lee as America's Fittest Mom; and Ms. Lee was named by Yahoo Sports as one of the Top Three Females in the Fitness Industry.
JNL’s career as a top fitness expert and icon began when she lost over 80 lbs. after the birth of her children. After she won Miss Bikini America" in 1996, Ms. Lee became a professional fitness competitor, holding countless titles and crowns, capturing America’s attention and respect. She has since been a frequent guest on major national talk shows, such as Extra, E! Entertainment, Fox and Friends, and Oprah. To date, she has appeared on a record-breaking 71 magazine covers.
JNL’s a bestselling author of five books on diet, nutrition, and exercise, and has contributed to numerous magazines and eBooks such as Oxygen, Fitness Rx and Bodybuilding.com.
Ms. Lee is the name, face and body of several lifestyle brands and wellness products, in addition to exercise equipment, DVDs, home products, spa products, as well as electronic downloads, and websites. She has appeared on top shopping networks, such as QVC and The Home Shopping Network.
She created the JNL Fusion Workout Method, which is being coined as “the workout of the millennium” due to its numerous health benefits, with Certified trainers and consumers all of the world. JNL is certified by both ACE and AFAA as a Personal Trainer and also a Group Fitness instructor.
JNL has developed a continuing education series for her JNL Fusion Trainers, with AFAA and ACE, which allows her loyal worldwide following to truly follow their fitness passions and be their very best.
Ms. Lee is the CEO of JNL Worldwide, Inc., which globally markets and distributes fitness and wellness products, books, digital products, e-commerce, and merchandise. And most importantly Ms. Lee is a devoted wife and mother, representing the millions of other moms and wives in the world with brands they can trust. For more info, please visit JNLMethod.com and JenniferNicoleLee.com